How to become an Ethical Hacker?

The term “hacker” now carries a negative connotation. A hacker was simply a highly skilled and creative computer specialist in the early days of programming and development. Breaking into a system, especially a highly secure system, necessitates a great deal of knowledge.

An ethical hacker attempts to break into systems and networks using a variety of programming skills and tools. They fix the weaknesses and flaws they discover once they have successfully breached the system.

What is Ethical Hacking?

Ethical hacking is the legal practice of detecting vulnerabilities in an application, system, or organization’s infrastructure and circumventing system security to identify potential data breaches and network threats.

Ethical hackers look for bugs in the system or network that malicious hackers can exploit or destroy. They can enhance the security footprint to better withstand or divert attacks.

Organizations hire ethical hackers to investigate the vulnerabilities of their systems and networks and develop solutions to prevent data breaches.

Computers have taken over a large portion of our lives, all of our data has been transferred from records and ledgers to computers.

While this type of shift in working has reduced the physical burden on employees, it has also increased the likelihood of data theft. Hackers are knowledgeable individuals with malicious intent who steal data or cause harm to systems.

There are various types of hackers. Let’s have a look:

White hat hackers are professional hackers who specialize in cybersecurity. They hack the system by exploiting flaws in the organization’s cybersecurity.

This hacking is carried out in order to assess the level of cybersecurity in the organization. This allows them to identify weak points and fix them in order to avoid external attacks.

White Hat hackers follow the rules and regulations established by the government. Ethical hackers are another term for white hat hackers.

Black Hat Hackers are knowledgeable computer experts who have the wrong motive. They attack other systems to gain unauthorized access to systems. If they gain access, they may steal data or destroy the system.

The hacking techniques employed by these types of hackers are determined by the individual’s hacking capacity and knowledge. Because of the hacker’s intentions, the hacker is a criminal. The malicious action intent of the individual, as well as the extent of the breach while hacking, cannot be determined.

When categorizing a hacker, the intention behind the hack is taken into account. Gray hat hackers fall somewhere between black and white hat hackers. They are not certified, hackers.

These hackers can either have good or bad intentions. The hacking could be for their benefit. The purpose of hacking determines the type of hacker. If the goal is personal gain, the hacker is classified as a gray hat hacker.

The Script Kiddies are novice hackers. They hack systems using scripts created by other hackers. They attempt to hack into systems, networks, or websites.

The goal of hacking is simply to draw the attention of their peers. Script Kids are minors who are unaware of the hacking process.

Green hat hackers are individuals who are still learning the intricacies of hacking. Their motivation differs slightly from that of the Script Kiddies.

They put in the effort to become fully-fledged hackers. They are looking for opportunities to learn from experienced hackers.

Blue Hat Hackers, like Script Kiddies, are types of hackers who gain popularity among their fellow beings by using hacking as a weapon. The desire to learn is lacking.

Red Hat Hackers are associated with Eagle-Eyed Hackers. They are similar to white hackers. The red hat hackers plan to thwart the black hat hackers’ attack.

The only difference between red-hat and white-hat hackers is that they both hack with the same intent.

Red hat hackers are ruthless when it comes to dealing with black hat hackers or combating malware.

The red hat hackers continue to attack, and it is possible that the entire system configuration will have to be replaced.

The government hires hackers to gather information on other countries. These hackers are referred to as State/Nation sponsored hackers.

They seek sensitive information in order to be well-prepared for potential threats to their country.

The sensitive information not only keeps you on top of every situation, but it also keeps you safe. They only provide information to their respective governments.

These hackers intend to compromise government websites. They pose as activists, which is known as a hacktivist.

Hacktivists can be individuals or groups of nameless hackers with the goal of gaining access to government websites and networks.

Whistleblowers are individuals working in an organization who can expose confidential information.

The motivation for the exposure could be a personal vendetta against the organization, or the individual could have discovered illegal activities within the organization.

To become an ethical hacker, you must have a Bachelor’s degree, namely: BSc, BTech, BE, or BCA in Information Technology or Computer Science.

With an advanced diploma in network security, you may pursue a career in ethical hacking.

A certification from a reputable institute increases your chances of being hired by some of the biggest names in the IT industry.

To hack effectively, an ethical hacker should be well-versed in all systems, networks, program codes, security measures, and so on.

Some of the skills required to become an ethical hacker are mentioned below:

How Do Ethical Hacking Work

The goal of ethical hacking is to identify vulnerabilities in target systems, networks, or system infrastructure.

The process entails identifying and attempting to exploit vulnerabilities in order to determine whether unauthorized access or other malicious activities are possible.

Ethical hackers must follow certain guidelines. A good hacker understands his or her responsibilities and follows all ethical guidelines.

Here are the most important Ethical Hacking rules:

How to Become an Ethical Hacker? Step-by-Step Guide

If you have no prior experience in Computer Science, getting a degree is the best way to become an Ethical Hacker.

Aspiring professionals can apply for vacancies in commercial and non-commercial organizations dealing in computer system security design, internet service providers, and related services firms after graduating or being certified in information security and system administration.

A degree in Computer Science or Network Engineering is a good starting point for a career in Ethical Hacking. It is better to look out for a Bachelor’s degree in Cybersecurity and prioritize programs with a strong interdisciplinary focus.

The requirements for ethical hacking vary. While many employers are willing to hire self-taught programmers without a degree, an ethical hacker must be exceptionally skilled in order to be hired without one. Much of ethical hacking necessitates formal knowledge of the systems and processes used in networking and security.

But that doesn’t make it necessary.

You may be wondering, “How can I become an ethical hacker if I don’t have any education?” It is possible to get a job without formal education if you have significant experience in the IT industry and can demonstrate your skills.

At the very least, you should pursue certification in the technologies with which you work the most frequently.

If you want to master Ethical Hacking in 2022, learn these top 10 Programming Languages:

Python is a dynamic programming language that ethical hackers use to efficiently script their on-demand hacking programs.

From testing the authenticity of corporate servers to detecting impending threats to automating the hacking process, Python has turned out to be the safest programming language for hackers.

Java is a popular programming language that is widely used in IT tasks and by professionals.

This programming language has a low implementation dependency; as a result, it is widely used by enterprises for ethical hacking and tracking the risks of potential future threats.

JavaScript has recently emerged as the most effective programming language for securing web applications.

This programming language is commonly used by security professionals because it can manipulate both front-end and back-end web components.

JavaScript is used by professionals to hack complex web applications.

Professionals can also enhance existing scripts to send copies of information to different locations in order to disseminate information about data theft attempts and other similar activities.

PHP, or Hypertext Processor, is a dynamic programming language widely used in web and mobile applications. CMSs such as WordPress or Drupal power the majority of websites on the internet.

PHP integration on these websites can detect vulnerable networks. Understanding and deploying this hacking programming language is required for professionals who want to create server hacking programs.

C++ is without a doubt one of the most effective programming languages for hacking corporate software. This language can provide the low level of access required to analyze machine code and ignore such bypass schemes.

Industry professionals who want to crack any industry software or even build an efficient hacking program for personal use should learn C++ programming.

Ruby is a web-focused programming language that ranks high in terms of hacking multi-purpose corporate systems.

Professionals can use Ruby to easily automate programs and provide extreme flexibility when writing scripts for hack programming.

SQL is one of the most important and popular programming languages among ethical hackers. SQL, or Structured Query Language, is a database querying and retrieval language.

Professionals will be unable to counteract database attacks unless they have a thorough understanding of SQL.

Since Bash is the default command shell for Unix and Linux distributions, it is critical for ethical hacking. Bash allows security professionals to gain access to a system, navigate through different directories, and perform configurations to increase the network’s security privileges.

Top Institutions and colleges for ethical hacking in India

M. Tech. (IT with specialization in Ethical Hacking)

Salary of an Ethical Hacker

What qualifications do I need to be an ethical hacker?

Can I become an ethical hacker?

An ethical hacker candidate must be able to demonstrate advanced cybersecurity technical skills. A desirable experience includes the ability to recommend mitigation and remediation strategies.

What is the salary of an ethical hacker?

In India, the average ethical hacking salary is INR 5.02 lakh per year. Pay in this field can range from INR 40 lakh to INR 40 lakh per year, depending on experience, skills, and other factors.

How long does it take to become an ethical hacker?

Depending on your level of experience and expertise, becoming an ethical hacker can take anywhere from a few months to a few years.

What jobs can hackers get?

Can I become a hacker without a degree?

While many employers are willing to hire self-taught programmers without a degree, an ethical hacker must be exceptionally skilled in order to be hired without one.

What code do hackers use?

JavaScript is currently one of the best programming languages for hacking web applications.

Understanding JavaScript enables hackers to identify vulnerabilities and carry out web exploitation because most web applications use JavaScript or its libraries.

All good hackers are strong programmers who understand the inner workings of the system far better than the average programmer.

How many programming languages do hackers know?

How To Become An Income Tax Officer? (Complete Guide)

How to become an Architect? 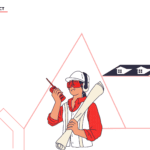 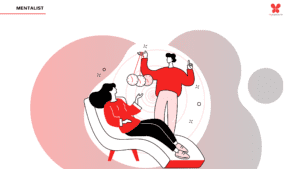 How to become an Actor in India? 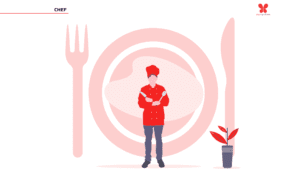