How to Become a Singer in India?

Singing is a noble profession passed on through generations in India. Singers in India have a historical reputation as true artists and singing has been liberated into various formats in India such as Hindustani and Carnatic music.

If you are trying to explore the opportunities in singing, we have a guide “How to become a Singer in India?” made for you.

Although there are few religious attachments to the vocal format, the singing profession extends beyond these bonds and is a vital part of the Entertainment industry.

Indian history clearly appreciates the singing profession even when the land was ruled by kingdoms irrespective of religious affiliations.

Singers can vocally please the gods. Some even believe to bring rain to the land through singing.

The power of singing is not just in terms of popularity but also in the soothing effect it can bring to mind. If you aspire to become a professional singer, check out our guide for more information.

Who is a Singer?

A singer is a professional and a trained artist who can land voice to characters in music albums or movies or any audio-visual entertainment format and also confidently perform on stage in front of a live audience.

While the primary role is to sing, there are many professionals involved to take your voice to the people.

A good singer must be well-versed in learning new lyrics, and dialects, recording and memorizing for further collaboration with musicians.

Becoming a singer is majorly by training and definitely not academic. There are no academic courses to master your vocal cords to tune them at will.

With singing talent, the progression in the singing profession is very high and far as well. However, the younger one starts the better to learn Indian singing formats. Indian music formats have produced World famous singers whose songs still linger in the ears.

Why Do You Want to Become a Singer?

Singing is one of the most natural activities of humans. No matter how bad, we sing at least when alone.

But, not everyone is gifted with an amazing voice to penetrate human ears and bring calm to the minds.

There used to be times when singing and learning various formats would be a hobby, but today a singer can make a living out of their pleasing voice.

Today, singing doesn’t just have religious attachments but cultural ones as well. Every culture has adopted a format for its representation.

But in every culture, there is one thing in common. That’s people with amazing vocal control to adopt a format and give life to it.

Singing has turned a profession a very long time ago and there are opportunities available that cannot be filled with an interview or an aptitude test.

One must take control of their voice when they are young and also do singing exercises and vocal training.

Mastering a format will give one confidence to try other formats and languages as well. Indian formats of singing have so much power that they are the best foundation to master every other.

Singing is not everyone’s cup of tea, however, if you can master your vocal cords, it is definitely your right to choose singing as a career.

Singers need to establish a format or style through basic foundation and training. The different types of singing styles are mentioned below:

This format of singing is majorly adopted in the Northern states of India and is regarded to be influenced by Persia and central Asia. It is further divided into Classical and Non-classical ragas.

Karnatic music is South India’s classical singing method. The singing format is more affiliated with Hindu origins. The emphasis here is on vocals than on music.

Popularly known as Bhajans, the devotional singing format depicts the Hindu mythology of a particular deity. It is religiously affiliated with Hinduism and is called Kirtans in Southern India.

Ghazals were adored by the Mughul rulers and is influenced by Persia. It is more poetic than musical and is the Urdu equivalent of Khayal. Ghazals are even sung in Central Asia, Iran, and Turkey.

Some of the most famous folklore in India is from tribal regions. Almost every Indian states have its own folklore singing formats adopted in the local languages and tribal communities.

Originated in the Indian state of Punjab, Bhangra is a funky music format. The format is more popular in northern states and the main concert will be the Baisakh festival.

Most Indian film music has adopted a pop format in the movie songs. They use heavy electronic music equipment to support the singing. They include a touch of desi lyrics ad dialects as well.

Sufi singing has an Islamic religious affiliation. Sufi music is credited with keeping the music spirit alive in the Islamic world while orthodox Muslims tried to stamp it out.

Skills Required to Become a Singer

A singer should possess certain skills to become a professional artist. Although there is no academic route to the career, self and assisted learning can go a long way in the career. These are some of the skills required to become a singer.

Step-by-Step Guide to Become a Singer

A career as a Professional singer is mostly built from scratch through practice, training, and external help. Although there are certain academic ways to build a voice, the most popular way is non-academic. The step-by-step guide on how to start a singing career is as follows:

How Much Money Does a Singer Make in India?

Here is a list of the best music institutes/schools in India:

Ways to Get Exposure as a Singer

There is no pipeline to follow to professionally establish as a singer. But, getting noticed through various platforms and being noticed by the right people in the music industry will surely open up a lot of opportunities. Some of the ways to get exposure as a singer are

Pros & Cons of Having a Career in Singing

Pros of Becoming a Singer

Cons of Becoming a Singer

How do I Start a Singing Career?

Getting exposure is key to getting started as a Professional singer. They are many ways to…

Is it Difficult to Become a Singer?

Singing is not difficult, however, singing with a pleasing voice is a difficult task. If one masters a singing format and controls their vocal tuning, singing is a cakewalk.

What is the First Step to Becoming a Singer?

The first step to building a talent for singing is establishing the basic foundation of singing formats.

Can a Normal Person Become a Singer?

Anyone can be a singer. They need the right dedication and commitment along with a teacher who is specialized in a particular format.

Is 25 Too Old to Start a Singing Career?

No, 25 is not too old. But, one must have trained in one or more singing formats in the past to seek opportunities.

How Much do Singers Get Paid?

It is frequently asked what is a singer’s salary in India. Singers do not get paid monthly and are paid on a project-to-project basis depending on their popularity ranging from Rs.10000/- per song to up to Rs.25,00,000/- per project or song.

What is the Right Age to Start Singing?

Starting young will give better control over the voice. Maybe starting in the range of age 5-10 will have an added advantage for a successful start.

How do I Know if I Can Sing?

You cannot know if you can sing unless you sing in front of an audience. First, try with a small set of people like friends and family and give auditions in reality shows.

Depending on the feedback, see if you need to improve or drop singing as a career. For help on how to become a singer go through our guide above. 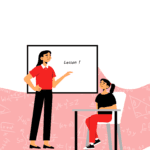 How to Become a Teacher in India? Find Out If You Can Be A Teacher!

How to Become a Data Scientist in India? 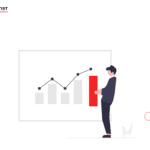 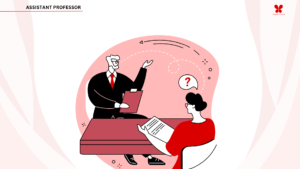 How to Become an Assistant Professor in India: An In-depth Guide 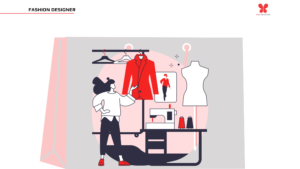 How to Become a Fashion Designer in India? 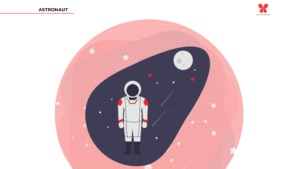 How To Become An Astronaut In India?